In order to counter the rotating torque from the previous single rotor version, one more propeller is added. The second propeller rotates counter clockwise and both torques will cancel each other (Only if both propellers are rotating at same speed). 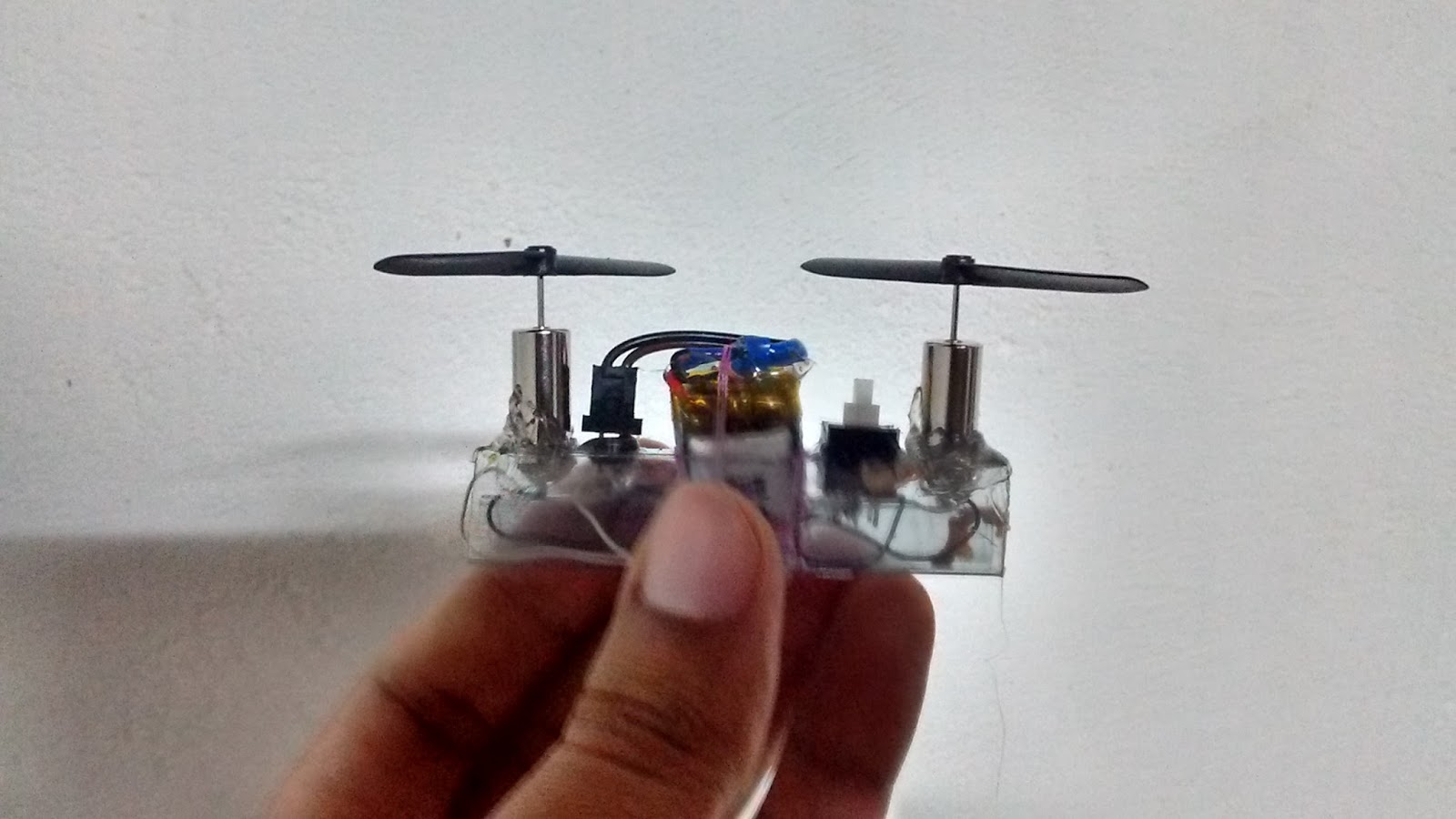 This the video of it flying with restriction. I have attached a a small weight to its bottom. Even though the counter torque is cancelled, it can’t be controlled. Very small variation in alignment will drive the MAV crazy.

This is an attempt to control the drone remotely with a joystick. Had changed the body from plastic (from plastic IC tube) to general purpose PCB board. The individual propellers are controlled from a joystick (logitech f710). The controller is an esp8266 es-11 WiFi chip. The telemetry data are send using a python program that run on my computer. Both the WiFi chip and my computer are on the same network.